To celebrate the much-anticipated release of Marvel Studios’“Avengers: Endgame”on 24 April in Hong Kong, Chow Tai Fook is launching a new collection of “Marvel” jewellery, bringing together new characters including Captain Marvel, Doctor Strange and Thanos, alongside much-loved heroes including Iron Man, Thor and Captain America, to reimagine the fascinating universe of Avengers in a buzzworthy array of pure gold, 18K gold and silver jewellery. 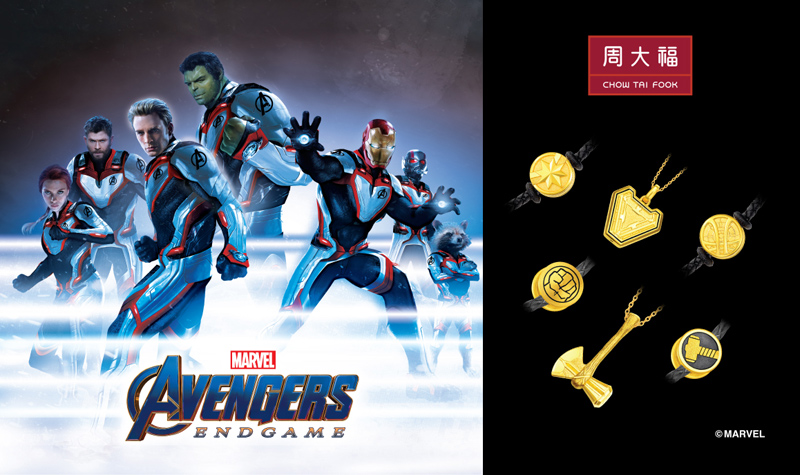 “Avengers: Endgame” is the sequel to “Avengers: Infinity War” which ends with Thanos, the archenemy of Avengers, collecting all six “Infinity Stones” that lead to the destruction of half the universe, with some of the superheroes perishing along with it. The story continues to unfold in the sequel where the surviving Avengers and their allies must reassemble for one final stand against Thanos, whatever it takes. Leading the final showdown is Captain Marvel, hailed as one of the universe’s most powerful heroes. Is she the key to victory in this epic battle?

The frenzy created by the franchise only gets fiercer one year after“Avengers: Infinity War”. In the run up to the release of the long-awaited “Avengers: Endgame”, Chow Tai Fook quenches the thirst of Marvel Fans with new additions to the “Marvel” Collection, offering collectible and versatile styles of charms and pendants for fans to pledge their allegiance to their favourite heroes. The Collection also features two new members of the superhero league, Captain Marvel and Doctor Strange, to underline their pivotal role in the Avengers.

Captain Marvel is the first female superhero to have her standalone film in the Marvel Cinematic Universe. Recognizing the popularity of Captain Marvel among fans, Chow Tai Fook reworks her signature suit into a pendant, with the compass rose carved out of 2 taels pure gold as the motif. The surface is neatly embellished with red and blue enamels and polished finish to revisit the original colours of the suit. There are more choices of delicate and stylish charms and pendants for fans of Captain Marvel to mix and match with their own styles. Fans of Doctor Strange, meanwhile, can immerse themselves in the magical power of his universe by wearing a charm inspired by his own logo. Apart from the superheroes, their archenemy Thanos is a force to be reckoned with. Inspired by his powerful weapon – the “Infinity Gauntlet”, a pure gold pendant and a gold card respectively depict the gauntlet and the fearsome appearance of Thanos in his gauntlet in fine details. All Marvel fans must not miss out this chance to experience the thrill of harnessing the omnipotent power!

Chow Tai Fook “Answer the Heroic Call with Kelly” *Online game
The campaign of the latest “Marvel” Collection taps Kelly Cheung as the face of its short video entitled “Answer the Heroic Call with Kelly”, in which she tracks down the vanished heroes and invites all Facebook fans to support the heroes in crisis. Kelly appears in the video in chic looks accessorized with the new collection. 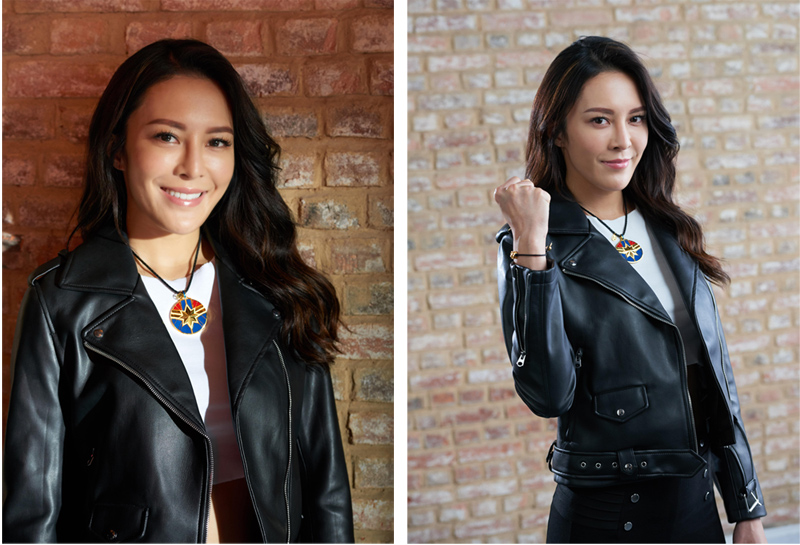 Marvel fans can now join the “Answer the Heroic Call with Kelly” *Online game by posting a photo of their self-invited or discovered ‘A’ shape and specifying their favourite “Marvel” Collection jewellery and the reason behind as a comment on the relevant post on Chow Tai Fook’s Facebook page. The three most creative entrants will have an opportunity to win Chow Tai Fook “Marvel” Collection jewellery (up to HK$4,300) and Chow Tai Fook cash coupons (HK$1,000).